Portimão – something different around every corner

There are two Neolithic/Chalcolithic burial grounds in the county of Portimão which are believed to date back to between 1600 and 2000 BC. One of the sites is at Monte Canelas, but the more important of the two is in Alcalar, with graves of several types, from megalithic chambers to tombs with false cupolas and side alcoves.

Portimão is a great place to invest in property 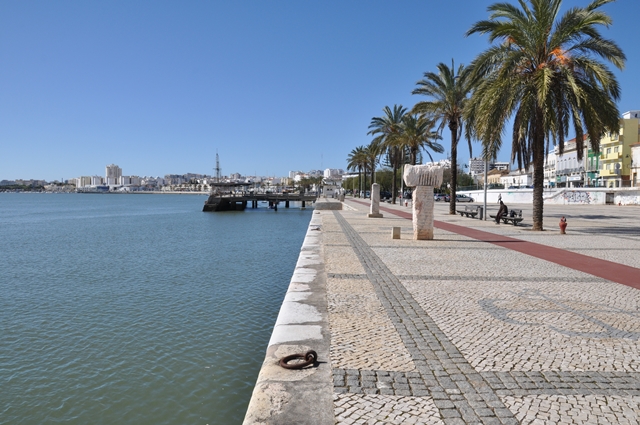 The second most popular tourist destination in the Algarve - Portimão is buzzing. The city is an interesting blend of old and new, modern and traditional. The past ten to fifteen years have seen positive development and regeneration in the area, including the building of Portimão Marina, Portimão Arena and one of the Algarve’s best shopping malls, plus the opening of the city’s new museum. There’s a wide choice of property for sale in Portimão, ranging from low-budget apartments around the city to stunning villas in the desirable Mexilhoeira Grande, a parish in the municipality of Portimão locally known as the Big Mex. 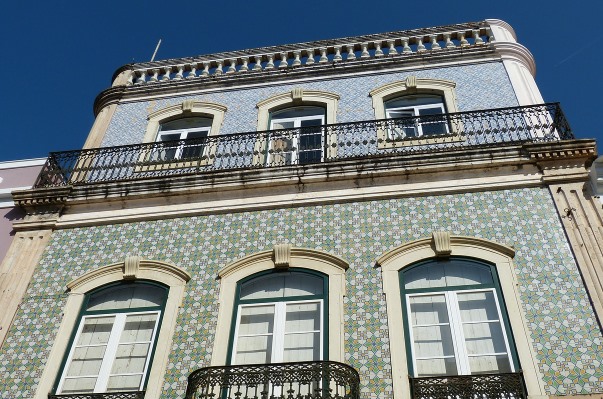 The Alcalar and Monte Canelas burial sites and other archaeological finds scattered across the county, including the remains of a village from the second or third century BC discovered at Vila Velha de Alvor, confirm that the area has been inhabited by man since very early days. There’s also no doubt that the area was peopled by the Romans; several Roman ruins and artefacts such as coins and pots have been found there.

Aside from archaeological treasures confirming the history of the area, there’s no need to search too hard for evidence of Moorish occupation. The numerous water wheels (Noras), buildings made of taiga (a mixture of clay, rubble, sand and lime) and the distinctive shape of the surviving chimneys, are proof enough of a strong Moorish influence. 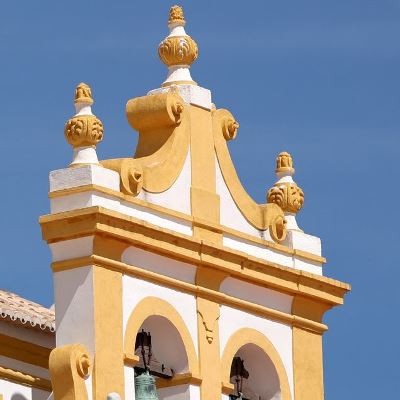 The district became known as Portimão in 1463 in the reign of King Afonso V. Afonso granted certain privileges to a local settlement; this new community was named Vila Nova de Portimão and later became simply known as Portimão.

The majestic building that you’ll see today in Alameda da Praça da República, Portimão’s central square, is the church of the former Jesuit College. Together with the Mother Church, this is one of the most important religious buildings in the city. The original building was constructed during the late sixteenth / early seventeenth century, but was sadly devastated in the 1755 earthquake. However, it has been beautifully restored and holds many wonderful examples of the architectural styles of the 1600s and 1700s. 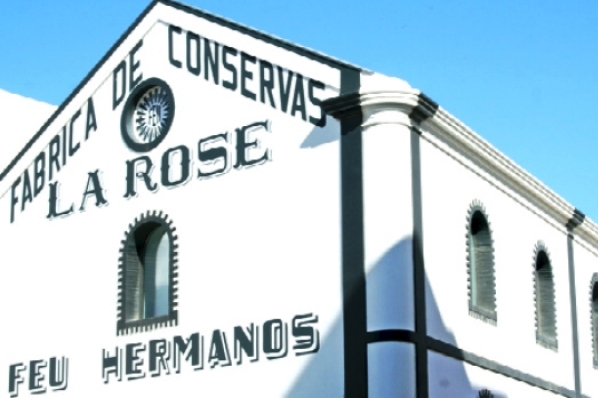 If you’re interested in the history of the area, Portimão Museum is well worth a visit. Located on the city’s waterfront, the building itself is of historic interest, as it dates back to the late 19th century when it was the São Francisco fish canning factory. The old factory was purchased by the local council in 1996, following which it underwent several years of careful restoration, resulting in a remarkable museum that opened in May 2008. You’ll note the old factory chimney towering above the museum’s modern façade, preserved due to it being home to a couple of protected nesting white storks.

Just beyond the museum, you can see the ruins of the Convento de São Francisco, a Jesuit convent founded in 1530. The structure was badly damaged in the 1755 earthquake and later the estate was 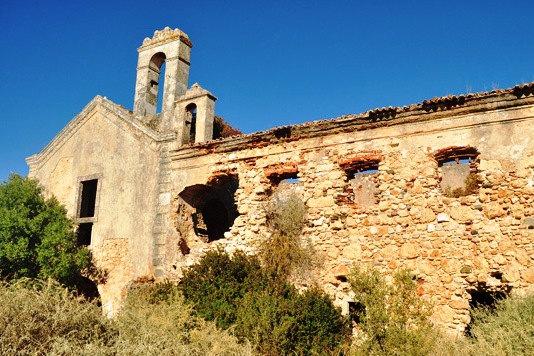 transferred to private ownership. Today it’s owned by the family Souza Coutinho who, it’s said, had dreamed about developing a luxurious hotel on the location, but to date they haven’t realised their dream. We believe that the local council is trying to buy the remains from the family. As the estate is private property, it can’t be visited, but the size and scope of the building can be seen from walking around it and there’s a good view of the layout from the nearby Restaurante Clube Naval de Portimão, where you can grab a tasty tosta mista (toasted sandwich) and a cold beer, while you view the convent ruins.

The Great Earthquake of 1755 destroyed much of the town and sent Portimão into economic decline. But towards the end of the 19th Century, trade, exports, milling, fishing and fish-canning helped to turn the economy around. These successful activities continued into the 20th Century and it was in 1924 that Portimão was declared a city by the then President of the Republic, Manuel Teixeira Gomes.

There’s something different around every corner in Portimão, making it a great place to live and explore. Over the last three decades, Portimão has emerged as a one of the Algarve’s main tourist destinations. To meet the demand, hotel complexes, apartment blocks, new housing developments and leisure facilities have altered the landscape considerably, but Portimão has, however, held on to its heritage and traditions.

The beaches are superb and there’s a vast choice of leisure activities, restaurants and entertainment too - in fact, Portimão has it all. Alvor beach and Praia da Rocha are probably the most popular spots for holiday makers seeking sun, sand, nightlife and an all-round good time, but don’t overlook the great beach at the south end of Portimão itself (right at the bottom of Avenida São Lourenço da Barrosa)  – it’s an unexpected and beautiful refuge from the hustle and bustle of the city.

Portimão offers some of the best shopping in the region, including the state-of-the-art Aqua mall. If you’re a keen shopper, don’t pass up the chance of visiting the Lojas Chinês (Chinese shops) while you’re in the area. These Chinese-run emporiums are common in Portugal and they sell everything under the sun. Portimão has its fair share – the three that are in close proximity just back from the riverfront are some of the best you’ll find in the Algarve. Whether you’re hunting for a Maneki-neko, a new jockey wheel for your trailer, wool to knit your Christmas jumper or a set of curtains for your lounge, you’ll almost certainly find them for sale in the Lojas Chinês.

Also along the same stretch, the branch of Paga Pouco (Pay Little) is worth a mention. A great fabric store and, as its name suggests, it’s far less expensive than some of the high street alternatives.

During the summer months, street traders line the waterfront touting their wares, ranging from tribal masks to flip flops. A walk along the dock as the sun’s setting is the perfect end to any day.

There are countless restaurants in and around the city, serving a range of traditional Portuguese to International cuisine. Fresh fish is always on the menu of course, particularly at the restaurants on the waterfront, and Portimão is the venue for the most famous annual sardine festival in the region. 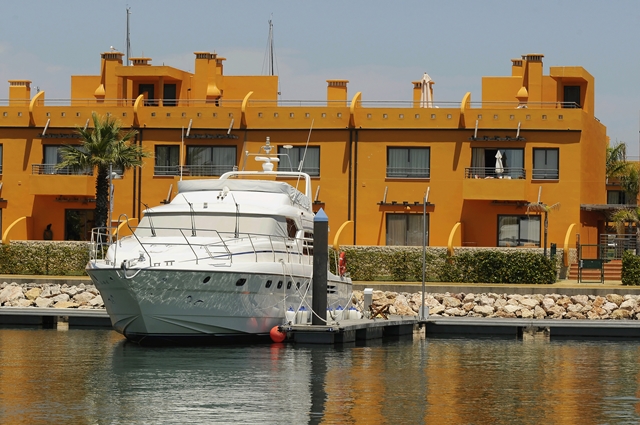 Portimão Marina is a modern development encompassing the four star Tivoli resort. It has a number of shops, bars, restaurants, up-market nightclubs and, of course, moorings lined with exclusive yachts to admire.

The Teatro Municipal de Portimao holds many events throughout the year, from plays to pantomime, ballet and music. Many of the performances are in Portuguese, but some are in English. The ballet and music shows can be enjoyed by all and the sound in the theatre is fantastic.

Portimão Arena is one of the newer additions to the city’s list of venues. Love or hate its aircraft hangar style design, there’s no denying that it’s in a great location and perfect for hosting a variety of sporting events, exhibitions, conferences and concerts.

Golf is of course on par in Portimão, with a choice of six impressive courses in the area. There are indoor swimming pools, tennis clubs and a wealth of other sporting facilities open to residents and visitors too.

There’s always plenty for everyone to do and see in Portimão. Just about every type of boat trip imaginable is on offer, from tours of the caves to exhilarating powerboat rides, dolphin spotting and pirate ship cruises. Fishing expeditions and a range of water sports are also available, including diving - there are registered dive centres in Portimão. And, for those seeking a real adrenaline rush, Alvor Aerodrome offers skydiving.

Whether you're seeking a city apartment, a stylish townhouse or an exclusive villa with a luxury pool, given the diverse array of properties for sale in and around Portimão, it is more than likely that you'll find what you’re looking for.

Bookmark/Share this post with
More Popular Articles:
Albufeira - Historic City by the Sea
Lagos - Modern Town in the West
Loulé - Mod City in the Hills