Meravista.com asks why the authorities in the Algarve’s Monchique hills are allowing a disused 17th century convent to fall into ruins, whilst 120kms east in Tavira, a similar building has been preserved over the years by a succession of owners and is currently up for sale at €2.25m. 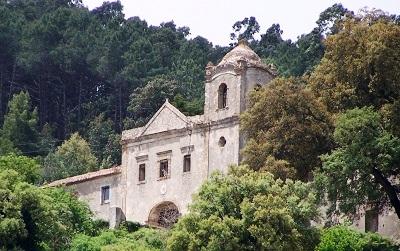 The 17th century Franciscan convent - Nossa Senhora de Desterro (Our Lady of Exile) is one of the region’s remaining examples of Manueline architecture. It was built by order of a Viceroy of India, Pêro da Silva, who is believed to have planted the massive magnolia tree in the grounds and it’s said that he was later buried here.

The great earthquake in 1755 left the convent badly damaged and, following the abolition of religious orders in 1834, its altar pieces and statues were moved to other churches.

The convent’s Manueline style carved stonework is worn, but still distinguishable. A vaulted ceiling and many of the structure’s arches are largely intact. 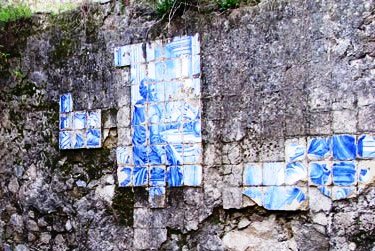 There are enough tiles remaining to make out a scene of the last supper on one of the inner walls and the upper part of a blue tiled cross is very likely the remnants of what had once been the convent’s 14 Stations of the Cross – a path of devotion introduced by the Franciscans, which became common practice in the Roman Catholic religion.

According to Wikipedia Convento Nossa Senhora de Desterro was afforded heritage site protection in 1981 under registration number 70937. However the link is invalid and the registration page no longer seems to exist on the IGESPAR website. 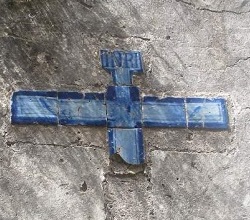 An article published in the local English paper – The Algarve Resident – in January 2012, stated that in 1985 the convent was purchased from its private owners by the local council - Monchique Câmara.

The Câmara put the reconstruction of the building to tender in 2003 and, in 2004, a project to convert the monument into a luxury 24-room hotel with a swimming pool was approved by the IGESPAR. The planned project would aim to maintain the facade of the convent and retain and restore the building’s original features.

But, the plans were put on hold. An online petition to preserve the convent, was started by the convent’s defenders and promoted by The Algarve Resident, but it has collected only 207 signatures to date. 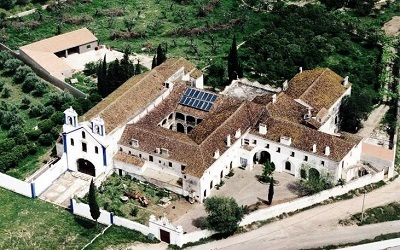 The convent was built in 1612 by Capuchin monks, was transformed into a private residence in the 1800s and then restored and opened as an eight bedroom boutique hotel in 1994.

Ms van Huson continues: “From a personal perspective, there are so many questions I’d like answered. For starters, why are the remains of this wonderful landmark being allowed to fall deeper and deeper into a state of disrepair and why was the heritage listing cancelled around the same time the Câmara took possession and obtained development permission?”

And she adds: “From a business perspective, Meravista.com would love to be able to market this property to a buyer who might invest the time and money to restore this fabulous building to a useful purpose, thereby saving another piece of Algarvean heritage”.

At the time of issuing this press release, despite several attempts to obtain information on the status of the Convento Nossa Senhora de Desterro, Meravista.com has been unable to obtain a statement from the Monchique Câmara or the IGESPAR.

If you have any information about the Nossa Senhora de Desterro Convent, please contact us.

IGESPAR - Portuguese Institute of Architectural heritage – is the government arm of Portugal’s heritage protection and has laws and information which explain what a heritage site is, and how to protect such buildings and locations.

Bookmark/Share this post with
More Popular Articles:
Property in Aljezur – the rugged and peaceful west
How to find your perfect Algarve Property
Algarve at a glance
Tavira - Ancient Port with Charm