Pensions and Wills in Portugal

Settling in a new country means having to revisit some things that most of us like to ignore or forget about, 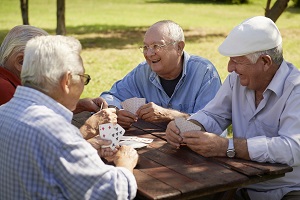 such as pensions and a will. We like to think we’re invincible but inevitably retirement will visit us all, followed at some point by kicking the bucket. Laws around these pensions and wills vary from country to country and, if you move to Portugal, you will probably need to review what you currently have set up at home, and see if you need to make any adjustments.

If you are from the UK and are entitled to a pension there, your basic pension is payable in Portugal. You may claim your UK state pension by contacting the International Pension Centre in the UK. There are different ways to receive it, either in the UK or directly in Portugal.

If you are coming from outside the UK you should check with your home country’s Pensions Department for accurate information on how to claim in Portugal. For non-EU countries it will depend if there is an agreement in place between your country and Portugal, or else you might need to make arrangements to receive your pension at home and transfer the funds to your bank in Portugal. There are EU regulations in place so if you’re coming from another EU country, the process to obtain your pension in Portugal should be fairly straightforward.

If you have worked in multiple EU countries in the past, you might be entitled to multiple pensions. Contact the pension service in the country where you live now, unless you have never worked there. In that case you should contact the last EU country where you worked, providing them with details and dates of each place where you have worked. They will start the process to investigate your entitlements from each country.

If you have worked in Portugal before reaching retirement, you will be entitled to your pension under the Portuguese system - DGSS (Direçao Geral da Segurança Social). Their website contains extensive information as well as the addresses of local offices. Unfortunately they no longer appear to have an English version, so you may need some help to use this site. Alternatively, contact the DGSS by telephone: 808 266 266.

If you are over 65 you may apply to your local Junta de Freguesia for a Cartão Senior(pensioner card)that will entitle you to certain discounts such as:

A user’s guide will be given with your Cartão Senior with a list of organisations and shops that participate. 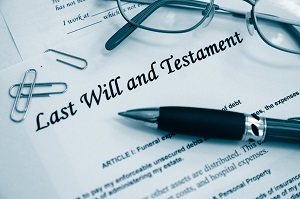 Portugal has strict laws about inheritance, and a will is permitted but only if those who are entitled to inherit by law (spouse and offspring) do not contest it.

In Portugal the law that applies to a person’s succession is the law of nationality. This means that, for example, if you’re a British national, born in London and living in Portugal, it’s the law of England and Wales that will apply to your succession in Portugal. As a result, you’re able to dispose of your assets freely by will and aren’t subject to Portuguese rules of forced inheritance to your heirs.

Many European countries sharing the same forced inheritance laws as Portugal, and for those that don’t, there are many variables. It is worth finding out the laws of your own country before you make a will in Portugal.

Many people forget to update their will with each change of circumstances (death in the family, divorce, financial gains or losses) so keep your will current. You don’t want your assets tied up because you’ve left them to someone who is no longer around.

Laws and regulations are often complicated and lawyers and accountants are invaluable when addressing these subjects. The expense of getting an expert in for guidance is often outweighed by the benefits. Wherever possible, take recommendations when looking for financial and legal advisors.

Wishing you many happy years before you kick that bucket!

Bookmark/Share this post with
More Popular Articles:
Sorting your post in Portugal
TV, phones and internet in Portugal
How to find your perfect Algarve Property
Planning your healthcare in Portugal