Places of worship in the Algarve 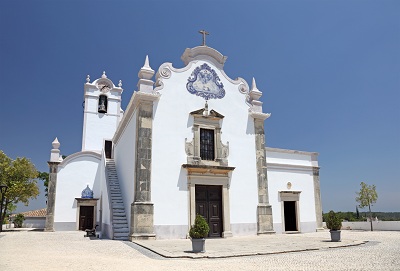 Portugal is predominantly a Catholic country and there are many Catholic churches throughout the Algarve. Feast days and Saints days are honoured and many processions and festivals take place on these high holy-days. Some villages have as many as four churches in their small parishes, such as the quaint village of Estoi, with its ancient Roman ruins and the magnificent ‘pink’ Estoi Palace.

Many of the churches in the Algarve are stunningly beautiful, such as the Igreja de São Lourenço, a Baroque masterpiece located on the outskirts of Almancil, commissioned by local inhabitants in the 17thcentury. They dedicated this magnificent church to St. Lawrence of Rome for answering their prayers for water.

The oldest purpose-built church is the Igreja de São João (church of St. John the Baptist), located just outside of Lagos. It dates back to 1174 when the Moors ruled the region and the local ruler, or Wali, gave permission for the church to be built, on condition that it was outside of the city walls. 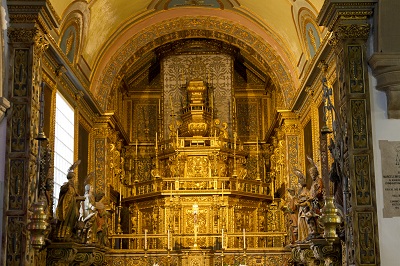 Not all places of worship are Catholic and there are many Christian religions represented in the region.  Amongst them are

Services are celebrated on Sundays and notices are posted in the local press each week. Check the weekly Algarve Resident for current information. 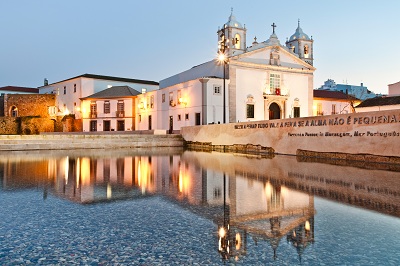 Whilst there is no synagogue in the Algarve, the tiny Jewish community celebrate special events and holy days with teas and meetings, usually organised by Ralf Pinto, a leading local spokesman for the Jewish community.

There are no mosques in the Algarve any more, although the Moors once ruled the area and made Silves their capital. Many churches are, however, built on the ruins of ancient Mosques. Hence the wording 'purpose built' for churches that were built on their own sites.

Every town and village has at least one church, usually dating back several centuries, each with its own rich history. Whatever your denomination, you will find Algarvean people to be friendly and welcoming.